Posted on May 7, 2017 by Dilara Dağlı in Milan Fashion Week 0 comments
17
SHARES
ShareTweetSubscribe

As an architect who is living in Milan, I would like to critique the most talked, the details about Milano fashion week and Katherine Mas fashion show that I attended, with fashionziner readers.

Milan Fashion Week was organized between the dates 22th-27th February. A total of 174 autumn-winter 2017/18 collections were introduced with 70 fashion shows, 88 presentations and 37 events. This year Xu Zhi and Vionnet brands took part in the Milan fashion week calendar for the first time. The vast majority of the events were in the Montenapoleone district of Milano which is called “fashion neighborhood”. 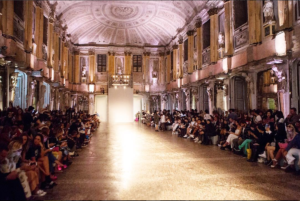 The fashion week attracted a great deal of interest with event places and participants as well as fashion shows.  This year, also historical places such as Milano Science and Technology Museum (Museo della Scienza e della Tecnologia) and the Royal Palace (Palazzo Reale) hosted fashion shows. The participants including many celebrities, fashion designers and bloggers turned Montenapoleone streets into catwalks.

The most talked fashion shows and brands after MFW… 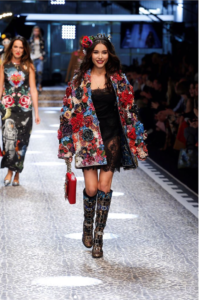 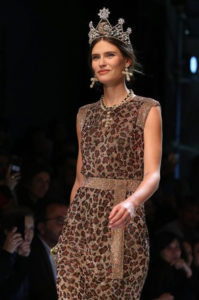 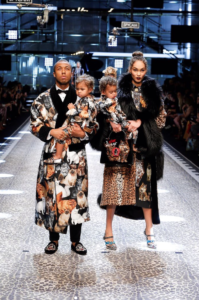 During the first two days of the fashion week, the most shared brands with the Milan Fashion Week Hashtag through social media were Gucci and Moschino. In the meantime, Dolce & Gabbana became one of the most attractive fashion shows with their show including not just professional models but also people of all ages, body figures and different ethnicities. Moreover, famous people such as Christie Brinkley’s children, Pamela Anderson, Jamie Foxx; social media stars Shea Marie and Aimee Song attended the Dolce & Gabbana fashion show. The New York Magazine shared the details of the show with the headline ” Dolce & Gabbana Put on One of the Most Epic Shows of All Time “. 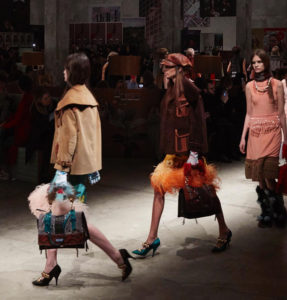 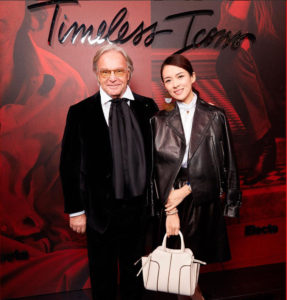 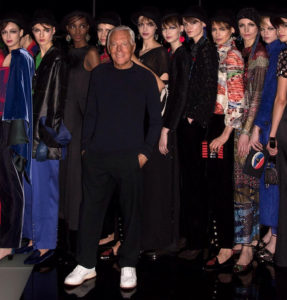 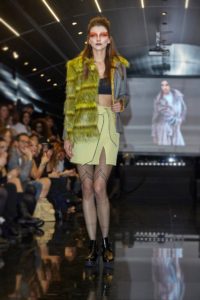 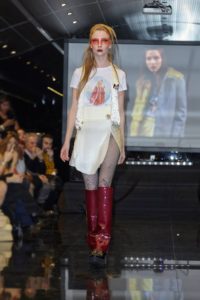 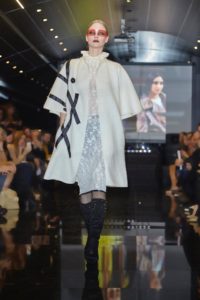 Katherine Mas fashion show was organized at the Boscolo Hotel in the historic center of Milan on the evening of February 25th. The dress code of the night was elegant and dark. The night started with the cocktail reception, followed by the fashion show of the autumn- winter 2017/18 collection and then continued with the party until late hours.

The Katherine Mas style, which has a passion for combining materials of different features, thickness and colors, is distinguished by its balanced combination of non-symmetrical, well-cut and defined lines. It is based upon key details to enhance femininity by making the form stand out and focusing on one of the most fascinating and important part of the woman: the waist, which showed itself also in this collection.