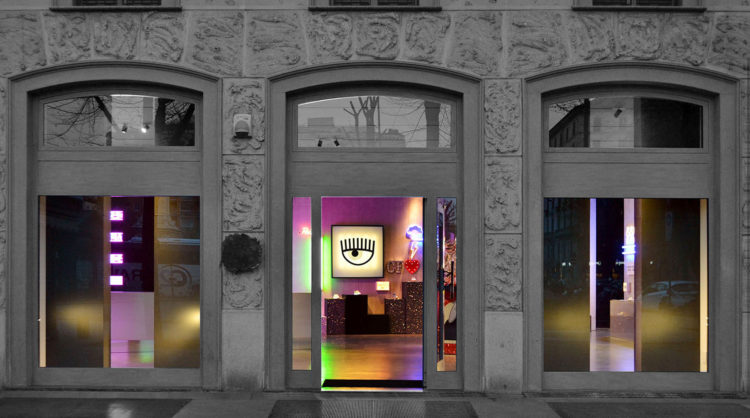 Posted on May 7, 2017 by Dilara Dağlı in CHIARA FERRAGNI, The Blonde Salad 0 comments
17
SHARES
ShareTweetSubscribe

Chiara Ferragni, one of the best examples of how a blogger transforms the influence on social media into business activity, opened the first pop-up store in Milan on February 25th. Chiara Ferragni’s temporary shop was hosted by So-Milano, which is located in the historic center of Milan, where the collections of designers such as Victoria Beckham and Jeremy Scott were exhibited.

Chiara Ferragni met her followers at the opening of the store, during Milan fashion week. The exhibition and sale of the 2017 spring-summer collection will be held in So-Milano until the first week of April. 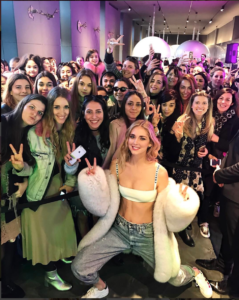 Ferragni, who opened pop-up stores in the cities such as Paris, London, Dubai and Los Angeles before, according to me, has the best shop designing at So-Milano that reflects the soul of CF collections. The store, its doors opened at the Risorgimento square in Milan, welcomes the visitors with the brand’s logo. The details used for the exhibition, wall decorations in the shop are as dynamic, fun and interesting as the collection. As always, for the covering of exhibition staff, materials that are shiny and metallic like the fabrics used in the collection, were preferred. 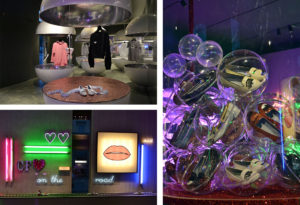 2017 spring-summer collection’s theme is “finding wonderland”. In this collection, according to the theme, not only the icon of brand logo, “flirting eye” but also different icons such as moon and star were used. In addition to the high-heel, sexy models that we used to see in the previous CF collections, lower heeled shoes, sandals and ballerina shoes were added to the new collection, and also the latest trend, slippers, were featured in this collection with the “flirting eye” icon. 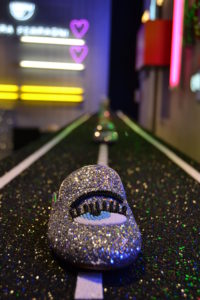 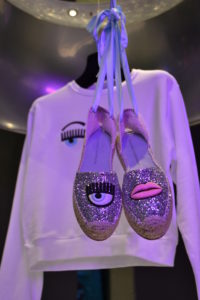 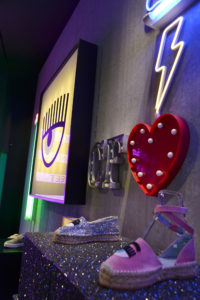 Who is Chiara Ferragni …

Chiara Ferragni who is an Italian fashion designer and blogger, set up a fashion blog called “the blonde salad”in 2009. First in Italy and then all over the world began to draw attention with her street fashion style. In 2011, she was published by New York Magazine as One of the biggest breakout street-style stars of the year. In 2012 she established her own brand. In 2015 Ferragni won the “blogger of the year” award and was placed in the Forbes magazine’s list of “30 under 30”. At the same year Harvard business school made a case study on “the blonde salad blog” for their MBA program. Nowadays Chiara Ferragni, the creative director of Chiara Ferragni Collection, general editor of The Blonde Salad, the face of many brands, is among the world’s most recognized fashion bloggers with more than 8 million followers.