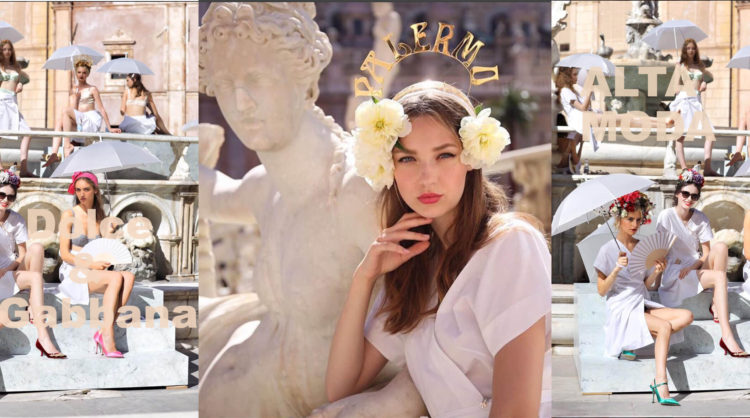 Dolce&Gabbana, chose Palermo, city of the Sicilian island, which is very important for Stefano Gabbana and Domenico Dolce, to introduce the haute couture 2017/18 autumn-winter collection. For four days, Palermo’s the most spectacular places were used as D&G’s catwalk. D&G used Sicily theme (Sicily is my love) also for Milan Design Week this year.

D&G, founded the first haute couture collection in 2012; every year choose a different city in Italy to display their designs, which are called “Alta Moda” for women’s collection, “Alta Sartoria” for men’s collection, and “Alta Gioielleria” for jewelry collection and at the same time set up a pop-store with the these products at the chosen city of each year.While these cities inspire the collection, it is also an important contribution to the promotion of the city to the world.In the past year, this was done in Naples.

Catwalk shows began on Thursday evening, July 6, with the introduction of the women’s jewelry collection at the Palazzo Gagni, followed by late nights with live music.The opening was attended by 400 VIP guests, including Brad Pitt, Robert De Niro, George Clooney and Madonna.On July 7th Friday, Men’s Jewelry Collection was introduced.For the first time this year, D&G created a Men’s Jewelry Collection.Then the fashion show of the women’s collection, which is the most attracted, was held in Piazza Pretoria.On July 8th the Men’s Collection was introduced at the fashion show in Monreale and on July 9, Sunday, the closing ceremony was held in Trabia. The pop-up store with collections was opened in Tonnara Florio.

The first opening piece of the collections’ introductions was glamorous silk dress dress with a quote from Lampedusa’s “The Leopard” novel.The leopard design on the dress was taken from the floor pattern of Palazzo Gagni. As it was in this piece, the collection continued with the inspiration of Sicily’s architecture, history and folklore. Especially the influence of Palermo’s cultural riches from the Middle East, Arabic, Spanish, and African history was felt in the collection. 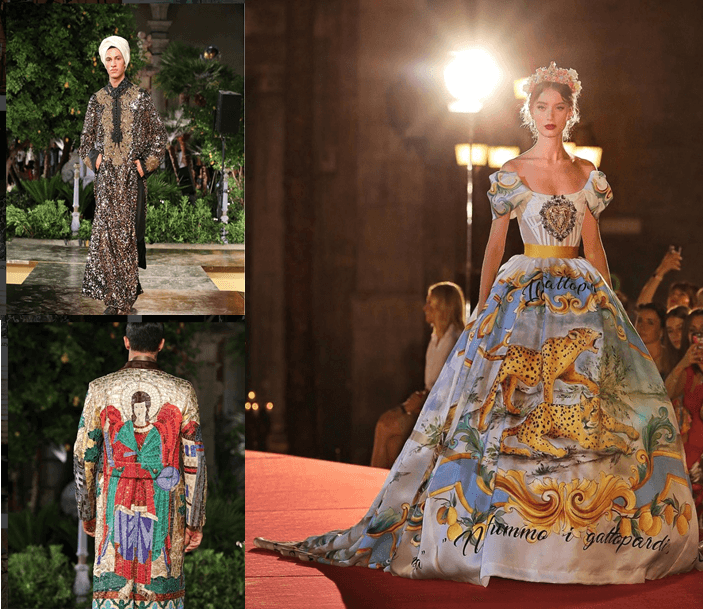 Domenico Dolce “This parade, this collection is a homecoming. You will find a summary of all that we have always done, the passion of all that we have always done. Aristocracy and people, art and the market, carts, and cassata, saints and soldiers. There is everything we are and who we were, who we love and who we loved. It is a great test. Evidence of a lifetime “ was said about collection.